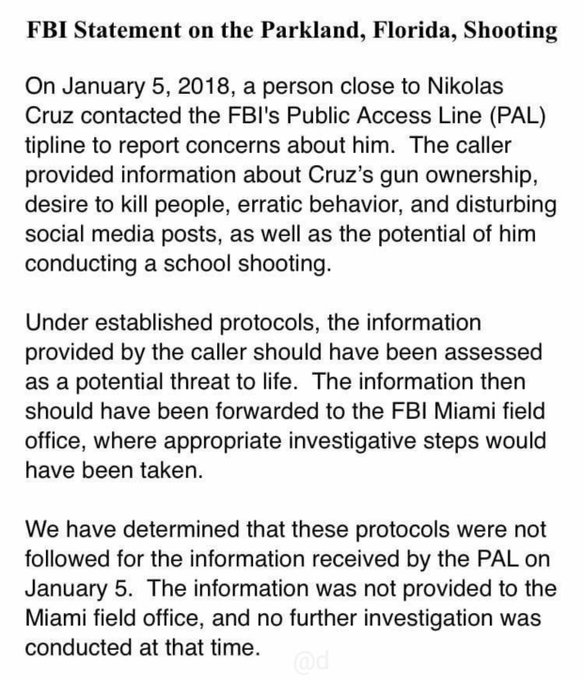 BREAKING: @FBI says “a person close to” the #FloridaShooter contacted FBI on JANUARY 5 OF THIS YEAR to report concerns that Cruz might conduct a school shooting.

FBI said they did NOT follow proper protocol in investigating the threat.

“This video details the flawed process an individual goes through when they report a threat to the FBI and touches on why so many mass shooters and terrorists are not stopped by authorities before they carry out their attacks, despite the fact that the FBI always seems to be aware of them,” reports Loomer.