“Several people got out of the boat and ran,” said Huntington Beach police Lt. Tom Weizoerick of the incident, first reported at 1:45 p.m. to the Long Beach Maritime Coordination Center.

The center, at the Port of Long Beach, coordinates several federal, state and local law enforcement agencies aimed at keeping the waters off California safe from smugglers and other criminals.

Bridgett Lewis, director of the MCC and security operations for the Port of Long Beach, confirmed Monday that 12 people, including one woman, were taken for processing at the San Clemente Customs and Border Patrol station.

Charges have not yet been filed, she said.

“We don’t know what their intent was,” Lewis said. “We don’t know if there is another boat behind them or who they were supposed to meet up with, if anyone.”

The MCC was first notified by the Navy who observed the boat landing near its beaches.

“Any vessel that lands here, we’re involved,” Lewis said. “The call came into the MCC and our assets were notified.”

One of the first on scene was the Orange County Sheriff Harbor Patrol, whose officers heard the MCC’s notification.

Two civilian employees, who were working on harbor buoys, saw a boat going in and people getting off, said Sgt. Isaac Felter.

“They radioed dispatch,”  he said

At that time, the department’s deputies were seven miles out at sea responding to a call of a human body that had been found in the water. The body was discovered by a fisherman, who first saw a group of birds eating what he thought might be a whale or dolphin.

“When he took his boat there,” he realized it was a body,” Felter said.

The male body has not been identified but the coroner said, likely it had been in the water for about 24 hours based on physical examination, Felter said.

Harbor Patrol deputies responded to the report of the boat landing but once on scene, they determined it had become a land-based operation being run by Seal Beach and Huntington Beach police departments and Customs and Border Patrol agents.

The passengers were caught by the two police agencies, Felter said. They were taken to a nearby business where a Harbor Patrol sergeant stood guard until they were picked up by Border Patrol agents. 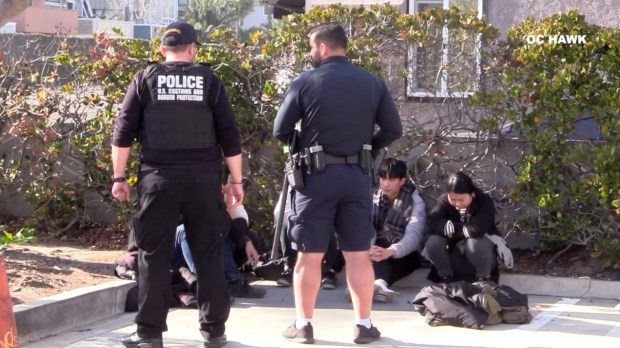 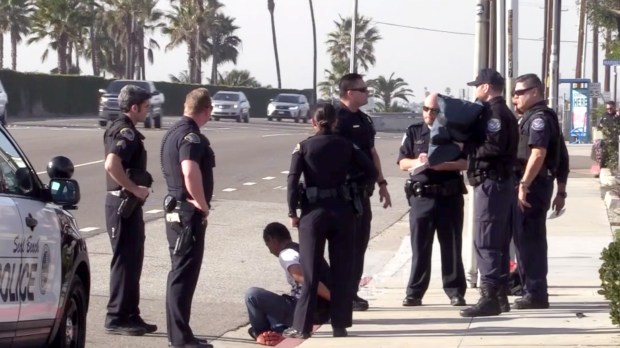 Several men were arrested after landing in a panga boat near the Naval Weapons Station in Seal Beach on Monday.,
January 28, 2019. (OCHAWK) 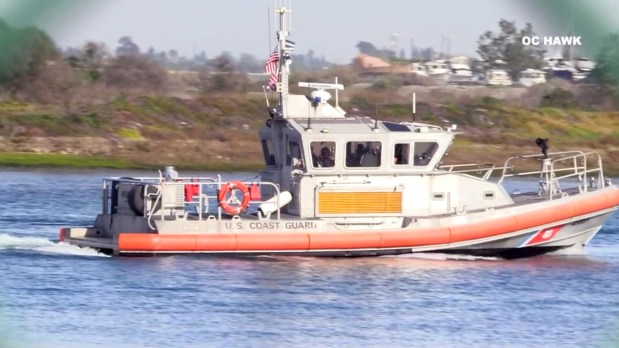 A Coast Guard vessel returns after several men were arrested after landing in a panga boat near the Naval Weapons Station
in Seal Beach on Monday., January 28, 2019. (OCHAWK)

There were no immediate reports of injuries.
The incident is the latest of several in Southern California in recent months involving alleged smugglers who have used boats to illegally bring in people and drugs to the United States.

On Nov. 29, seven men escaped off of a panga boat in Laguna Beach and were arrested. Two other suspected smugglers were found nearby in two take-away cars. In June, two panga boats landed at Crystal Cove State Beach, just outside Laguna Beach.

In all, there were 433 arrests of people trying to enter the country via panga boats between Nov. 1, 2017 and Oct. 31, 2018 in the San Diego sector, which includes Orange County, officials have said. Panga transports are organized by criminal smuggling operations and single transports can cost $13,000 to $17,000.

While panga and small vessel landings have been the main focus, law enforcement is also aware of other efforts for people to come ashore illegally. Pangas meet up with pleasure crafts and fishing vessels on the open sea. When that happens, it’s harder to detect.

Still, within the last few months, calls from concerned boaters in Dana Point and Newport harbors about illegally docked boats have alerted Harbor Patrol. Officials found evidence of smuggling activities occurred, including life vests, food and water that could only have been purchased in Mexico.